To answer some common questions, I am going to hit on some key points when it comes to bullet pointing. How much pointing and trimming needed is going to depend on the bullet itself. Specifically how bad the bullets are to begin with. Starting out with better bullets like the Berger Bullets is going to mean two things. First that you don’t need to do as much correction to the meplat, but also that the improvement is going to be less. 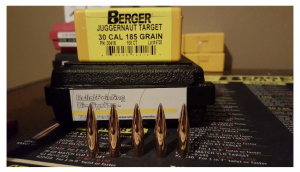 What is important here is that you never want to over point. It is far better to go safe, and under point, than it is to over point and crush the tips even the slightest bit. To quote Bryan Litz exactly “Best practice is to leave a tiny air gap in the tip so you’re sure not to compress the metal together which will result in crushing. Most of the gain in pointing is taking the bullet tip down to this point. Going a little further doesn’t show on target”. So in essence you are only bringing the tip down a small amount, I have included some photos that show this is a very tiny change, but that you also want to make sure you leave an air gap at the tip. 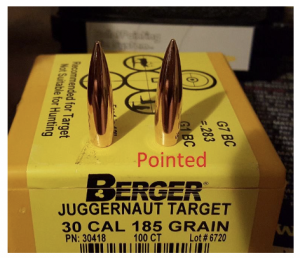 Also keep in mind, this is one those diminishing returns. If you are a 100 or 200 yard only shooter. This will likely not benefit you. To see the benefits, which amount to 2 – 10% and possibly more with poorly designed bullets, you need be shooting long range. If you point a Berger Bullets .308 185 Juggernaut expect to only get a 2% increase in BC. To see a 2% improvement you need to be shooting Long Range. “Typically, for pointing, its 3-4% increase in BC on average. If the nose is long and pointy/VLD shape and with a large meplat, that’s where pointing has the biggest effect; up to 8% or 10%. If the meplat is tight on a short tangent nose, the increase can be as small as 1 or 2%.” – Bryan Litz

Trimming. Sometimes you can see tiny imperfections after pointing, but to say you “need” to trim after pointing is to say that the small imperfections make a difference. “If your goal is to make bullets that fly uniformly at the highest levels, it may not be necessary to trim them.” – Bryan Litz. In fact Bryan Litz has won a quite a bit of and in his own words “I’ve never trimmed a bullet tip, before or after pointing”. So in the end it is up to you to decide.

The process of pointing in itself is very simple. You use the correct caliber sleeve, the correct die insert, and any press. The Whidden system uses an ultra-micrometer so making adjustments is very easy. It takes about as much effort to point, as it does to seat bullets. You can see, we are not trying to make drastic changes to the shape of the bullet. We are simply making the air gap on the tip of the bullet ever so smaller. Try to avoid getting in to a rush. Smooth and steady pressure on the press when pointing bullets, you don’t want to trap air in the die and damage the bullet tip. The bullet on the right in the photo below has been pointed. You can see we have not drastically changed the shape, and we have left an airgap in the meplat. This is the correct way to point a bullet. 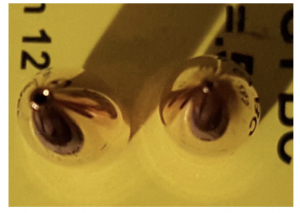 We recommend you DO NOT POINT hunting bullets. It will effect terminal performance in a bad way.

Bryan Litz actually helped design the Whidden Gunworks Bullet Pointing Die System, and we sell it here at Applied Ballistics. You can get yours here: 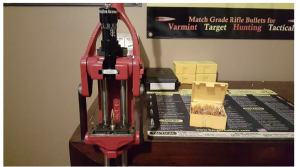 Just make sure that you pick up the correct caliber sleeve, and insert. To see which inserts you need to use, Whidden Gunworks has a chart here: http://www.appliedballisticsllc.com/Product%20Sheets/DIE-INSERT-CHART.pdf