I’ve been working in the world of long range shooting for a number of years now, developing high tech systems for increasing accuracy (DARPA’s One Shot1 and DInGO2 programs). In collaborating with Bryan Litz, I’ve had the opportunity to get very familiar with his WEZ analysis tool, known as AB Analytics3, and realized that it could be a great tool for focusing on what conditions and parameters drive accuracy at long range. This type of analysis can be used to   help me identify which pieces of kit can help maximize my accuracy while minimizing the hit to    my wallet.

Weapon employment zone (WEZ) analysis is a tool that uses Applied Ballistics’ highly accurate ballistics solver to determine how errors in various conditions, such range to target or muzzle velocity, affect the overall accuracy of the rifle. The WEZ tool takes the user’s inputs, runs the solver a number of times while varying those inputs, and computes the probability of hit on   target. This tool is presently available for Windows, and provides an easy­to­use interface for performing detailed analyses of rifle accuracy. A more in­depth discussion of WEZ can be found in Bryan’s book: Accuracy and Precision for Long­Range Shooting4 .

In this case, I’ll be starting with some basic error assumptions, then looking at which of those errors contribute the most to system inaccuracy, and then identifying tools (kit) that can be used to help drive that inaccuracy to a minimum. This discussion does assume that the user is operating a ballistics solver throughout.

There are a number of things that drive probability of hit in long range shooting, such as muzzle velocity consistency, or the ability to obtain a proper range to target. Some of these parameters can be easily addressed using a better piece of equipment, while others may require upgrades  to the rifle, better rounds, or more practice.

A good place to start is Litz’s low­confidence scenario, with a few additional sources of error for atmospherics. In Accuracy and Precision, Litz assumes that a user without a rangefinder can     get range to roughly +/­ 50 yards (+/­2sigma), wind to +/­4MPH (+/­ 2sigma), and fires a 1.5MOA rifle (extreme spread). Let’s say, additionally, this shooter can estimate temperature to within 5F  (1 sigma) and pressure to within about 1.5 in Hg (1 sigma, or about 500m of altitude). There are other error parameters we can examine in AB Analytics, like latitude, heading to target, humidity and incline to target, but they have a relatively small effect overall.

If we’re shooting a .308 175 grain bullet at 2570fps, as is the case with the M110, we see an estimated probability hit of about 6% on a standard IPSC target. Included in the AB Analytics tool  is the capability to examine how the individual error sources contribute to the overall precision of the rifle & shooter. Vertically, the most dominant error is the range to target, followed by air pressure and muzzle velocity. Horizontally, wind easily overwhelms any of the other errors, although range and pressure also have some influence.

Figure 2 ­ Uncertainty in the range to target accounts for the majority of the expected error. 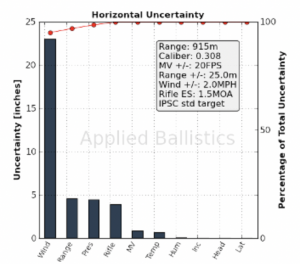 Figure 3 ­ Wind dominates the hitpoint uncertainty in the horizontal direction.

So how do we address those errors? The most straightforward is to obtain the right tools for the job. Let’s say that the shooter purchases a laser rangefinder, such as the Wilcox RAPTAR6, or fires at a known­distance target, his probability of hit nearly doubles to 11.4%, improving precision in both the horizontal and vertical directions.

Next, to manage the atmospheric parameters, the user can use a KestrelTM weather meter like   the 4500NV with Applied Ballistics7 to get solid temperature and pressure measurements, to well within 1F and 0.01 inches of mercury. Just solidifying these numbers further doubles the probability of hit to over 25%! A KestrelTM weather meter can also provide a very accurate local wind measurement; assuming this gets the user to within 1MPH, the overall probability of hit  jumps to over 41%. 1MPH may be difficult to achieve, as there can be large variations in wind speed downrange due to local terrain, but for this discussion, it is a reasonable assumption.

The next area of focus is the rifle and bullet. By increasing the rifle precision to 1MOA (which could just come through a certain amount of practice), we only see an increase to 44%.

However, by tightening up the muzzle velocity variation to 10fps ­ perhaps by using hand­loaded rounds ­ the probability of hit increases to over 61%. 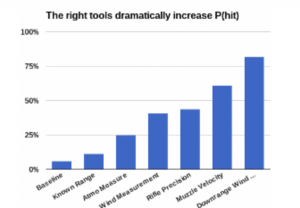 Figure 4 ­ The steps outlined above could result in over a 10x increase in P(hit)!

With the addition of just a few pieces of kit, we’ve increased probability of hit over 10x, which is a tremendous achievement. Further enhancement may be feasible in the future, as the US military has a long history of developing systems that can measure the wind speed downrange using optical techniques. Assuming that one of those systems is capable of measuring wind to within

0.5 MPH, then a shooter could see his probability of hit rise to over 80%! This type of performance could also be expected when shooting on a range instrumented with Applied Ballistics’ Wind Sensor Array (WSA)8.

Figure 5 ­ A comparison of shot spread shows a tremendous increase in number of shots on target.

Above, I’ve detailed a few ways for a shooter to move from being a low­confidence shooter, as described in Bryan’s book, to a shooter who can count on high performance even at 1000 yards. For longer range shooting, these steps would have an even greater impact on expected performance.