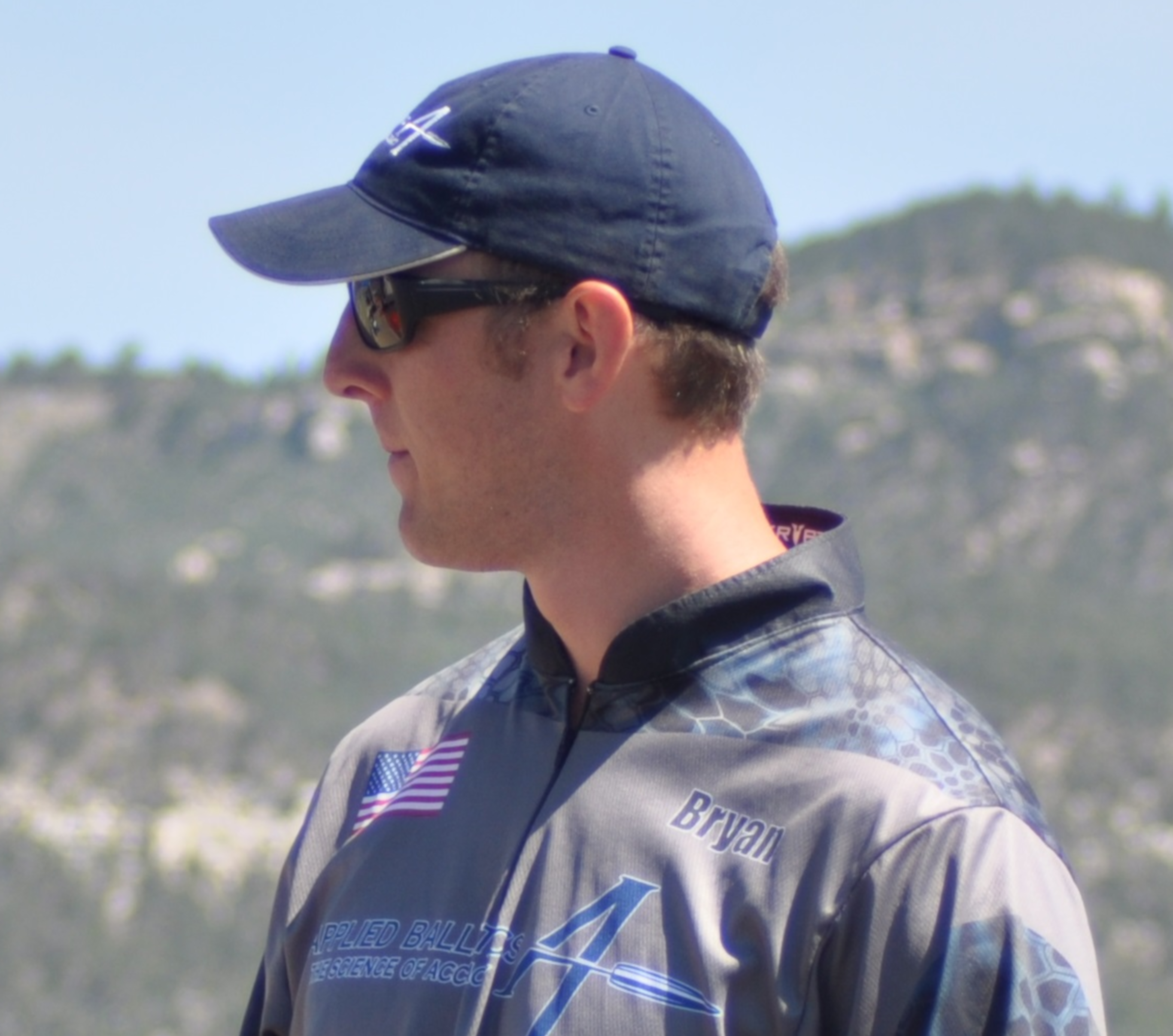 Bryan earned his Aerospace Engineering degree from Pennsylvania State University in 2002. For the next 6 years, he worked for the US Air Force on Air-to-air missile design, modeling and simulation. In November 2008, he left the government and became the Chief Ballistician for Berger Bullets. Bryan founded Applied Ballistics and has produced numerous articles, books, and videos related to the science of long range shooting.

Chris spent 9 year in the Air Force before being retired. He spent some time overseas, and half of his career as an instructor. He taught and certified Advanced Assaulters Course, Advanced Explosive Breaching, and the Nuclear Sniper Course. Chris is married to his wife Alex and they have two beautiful daughters Aurora and Aria. They enjoy camping, fishing, and hiking as a family. Chris is also an avid hunter, he spends most of his time devoted to this pursuit. 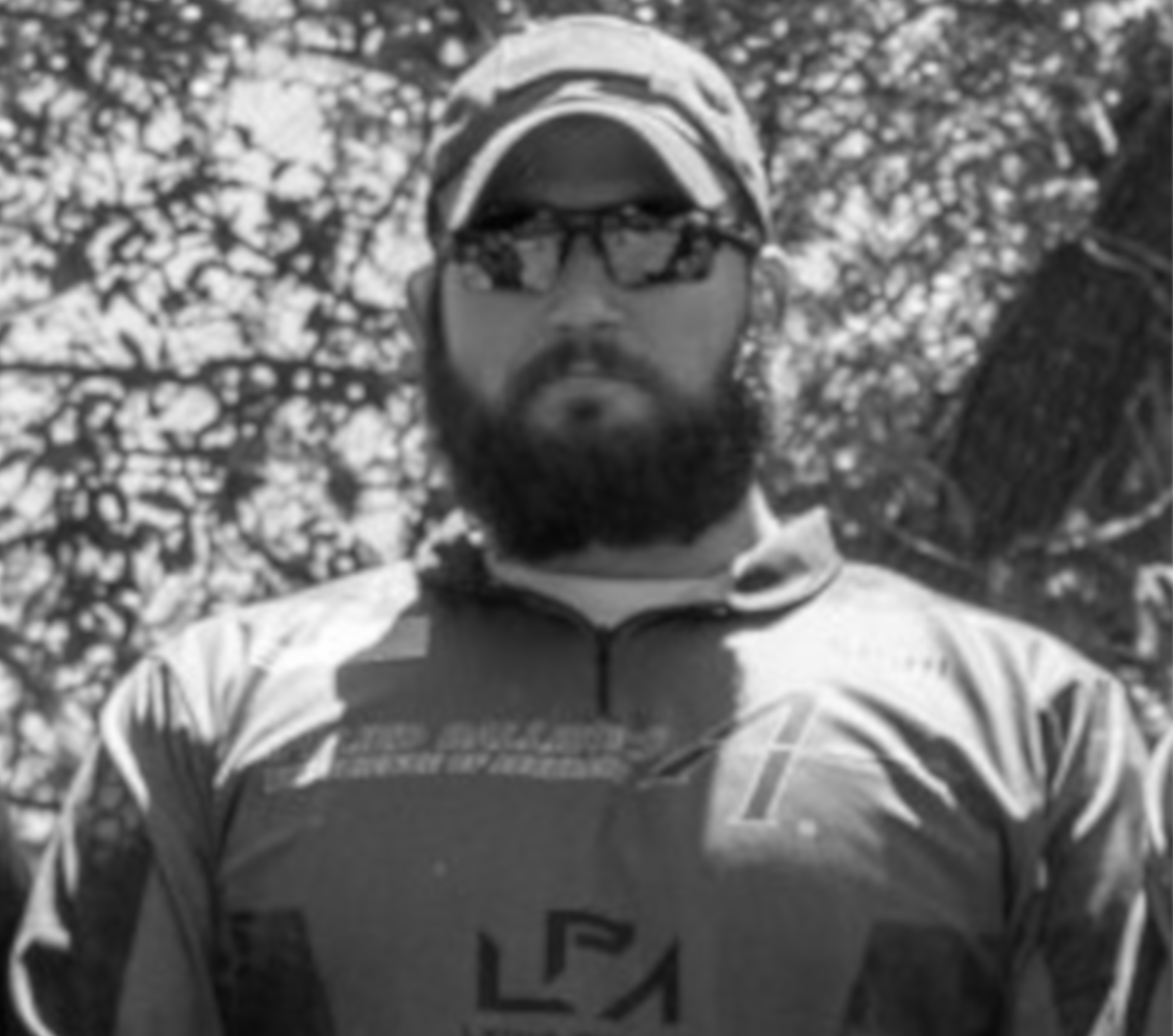 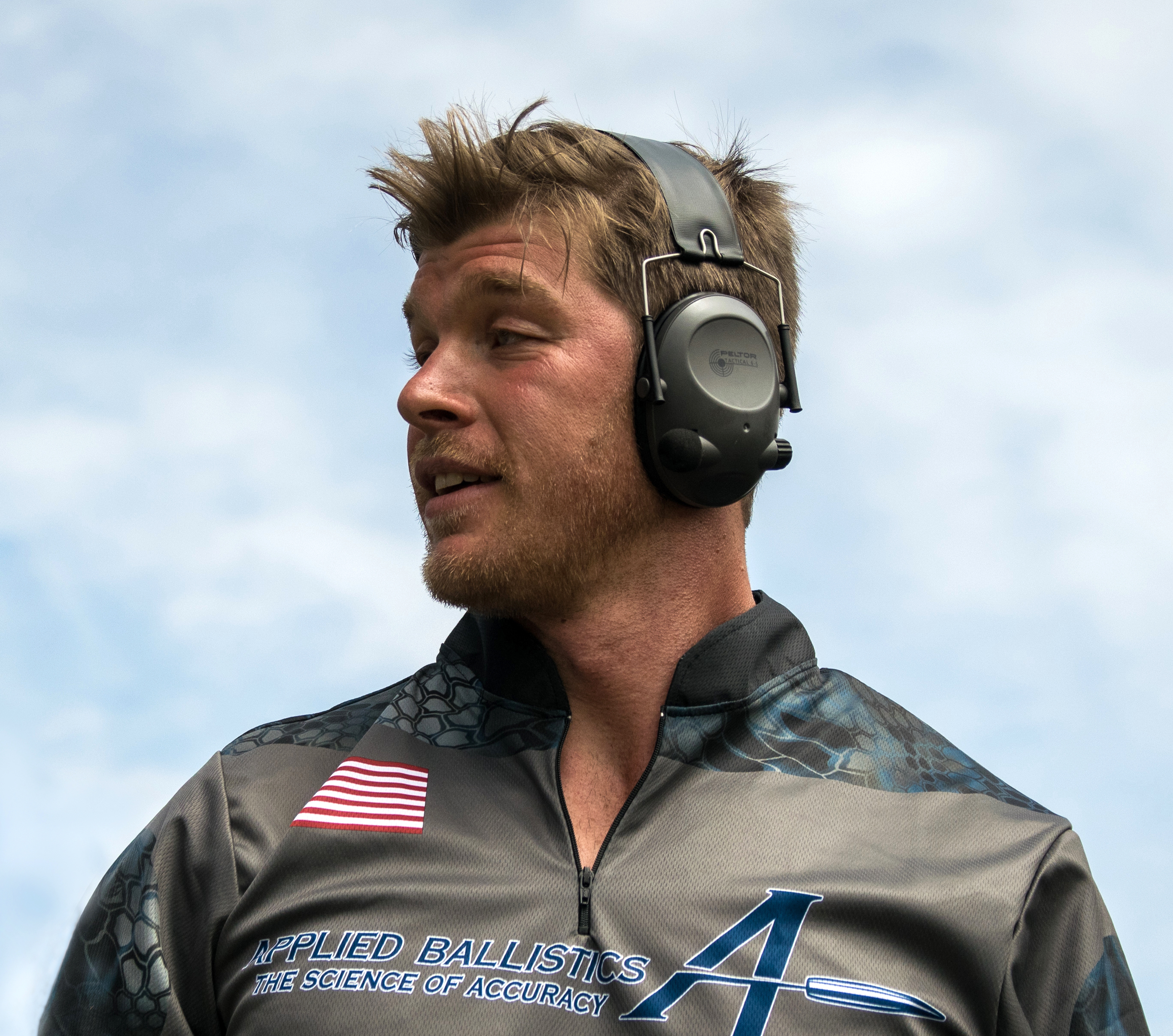 Chris developed a passion for long range shooting and hunting from a young age. He previously served with the Australian Army, and has seen operational service in Afghanistan. Chris developed his skills and expertise over a number of years, having instructed and managed numerous sniper courses. He holds a Graduate Diploma in Management (Learning) and uses the extensive skills, knowledge and professional experiences obtained throughout his career to provide high quality outcomes in support of Applied Ballistics training events.

Kathy has a bachelor’s degree in Business Administration from Northwood University. She spent 20 years working in customer service and production at a large printing company, owned a campground, and was the township clerk before joining Applied Ballistics. Kathy likes to make life fun, enjoys knitting and crocheting and going to shooting tournaments in a support capacity. 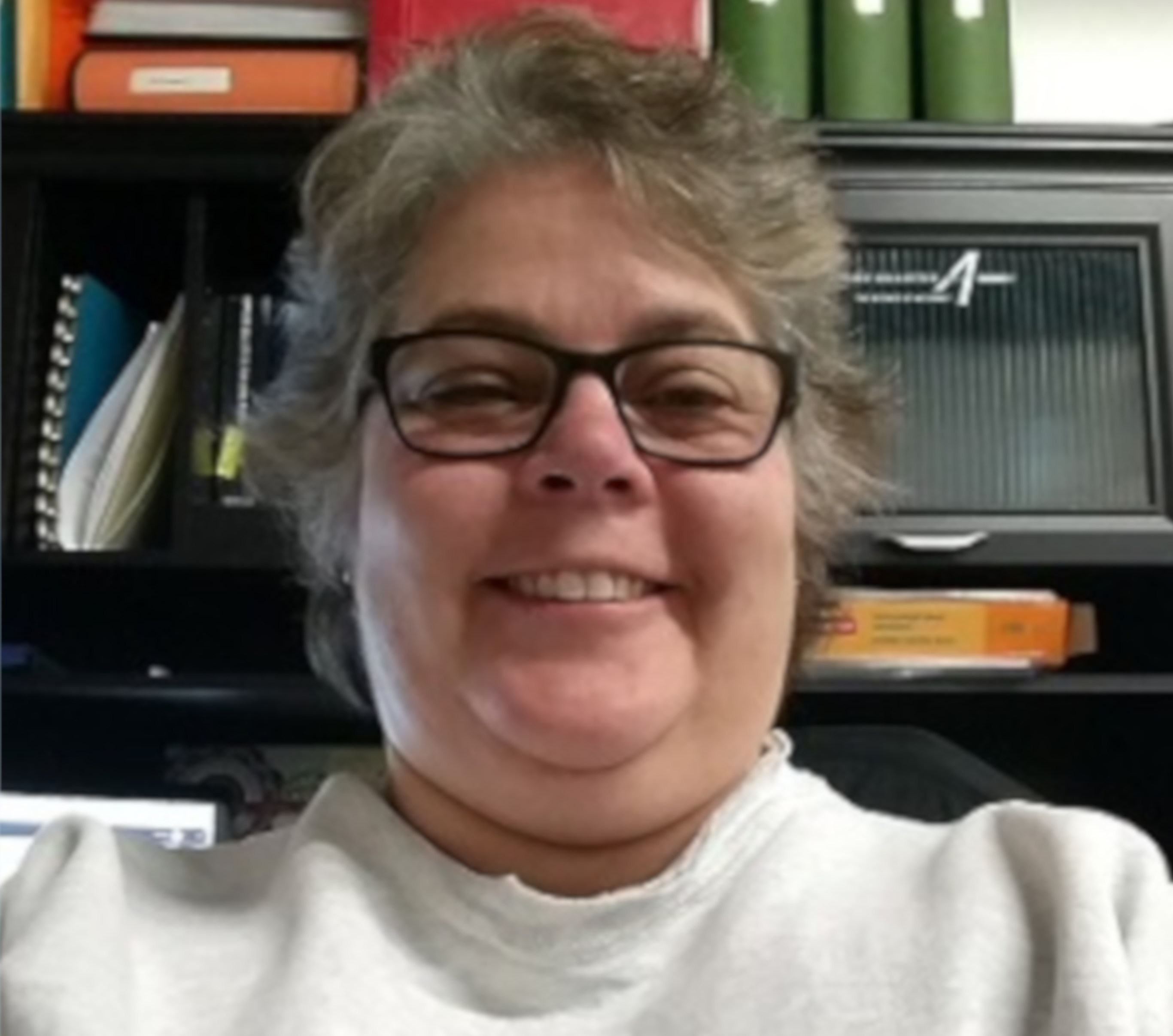 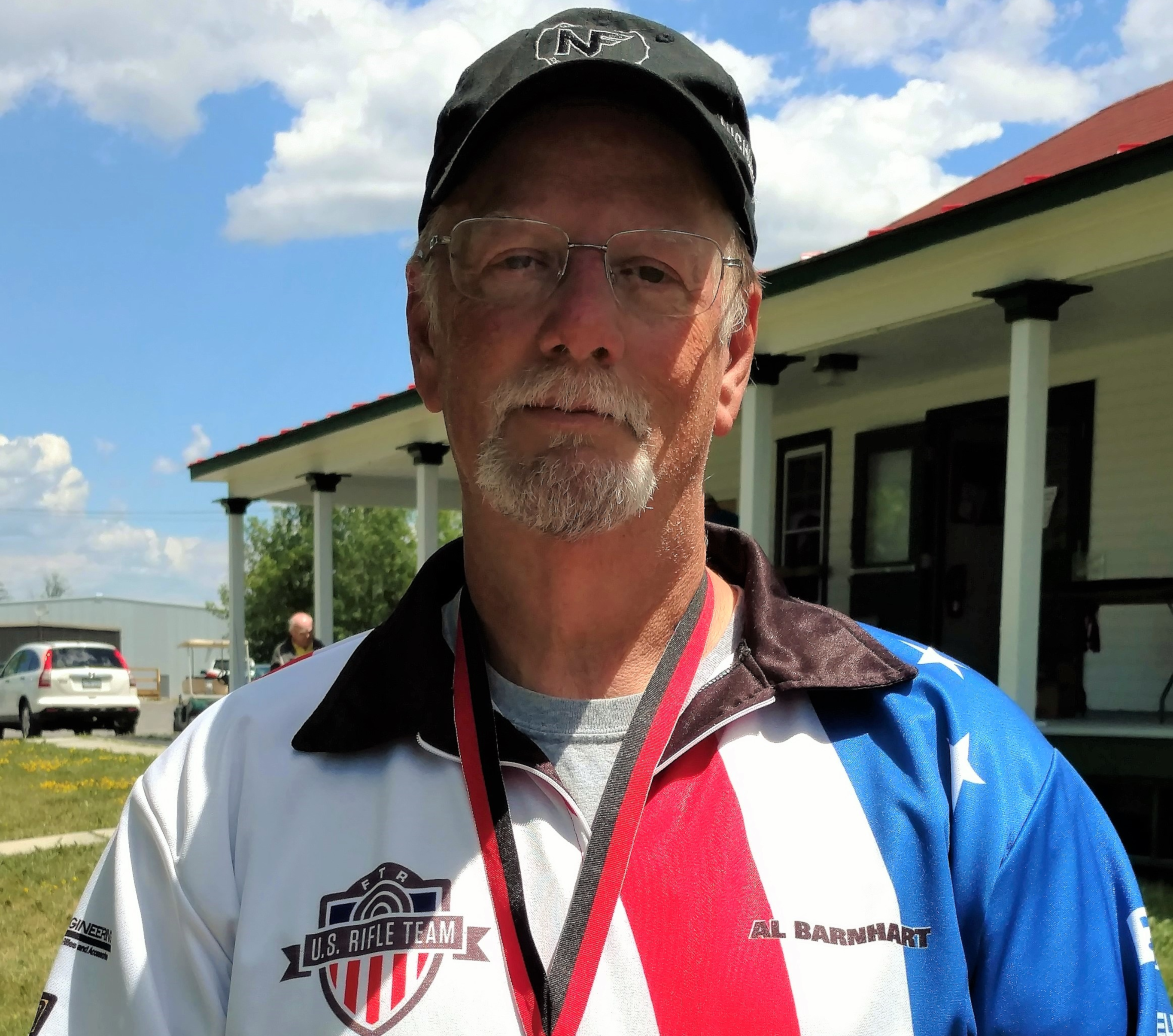 Al spent 4 years in the Navy in the late-70s as an aircraft engine mechanic and worked on F14 Tomcats in Pt Mugu Naval Air Station, California. This is where he became interested in shooting. Al spent his early shooting career in handgun silhouette winning a Michigan championship in 1985. He started shooting F-class in 2006, and is a F-class midrange and long range High Master. He began shooting team events with the Michigan F-TR team in 2013. With the Michigan team he won a Gold medal at the 2013 Berger SW Nationals, a Bronze medal at the 2013 F Class World Championships and a Gold medal at the 2015 Sinclair East Coast Full Bore Nationals. The Michigan FTR Team are the 2015 mid-range National Champions. Al’s highest individual awards are the overall F-TR win at the 2015 Sinclair East Coast Full Bore Nationals and 1st place in the Eastern Regional Canadian championship. AL has 9 FTR national records. He achieved his highest shooting accomplishment by being named to the US F-TR team.

Amanda joined the Applied Ballistics team in August of 2017 as a part time shipping clerk. However, as her love for Applied Ballistics grew so did her job duties. Amanda has taken the lead on many administrative duties which now also include website management, social media, marketing and hosting the all new Applied Ballistics Podcast. Amanda is learning to shoot long range and enjoys meeting shooters while traveling with the AB Mobile Lab. 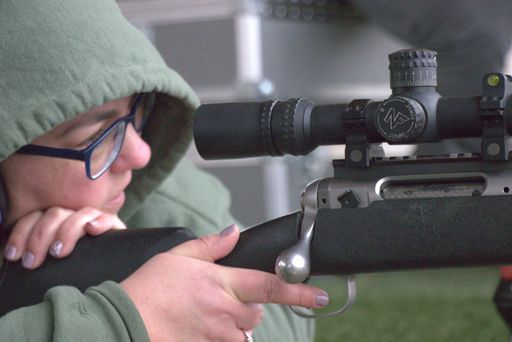 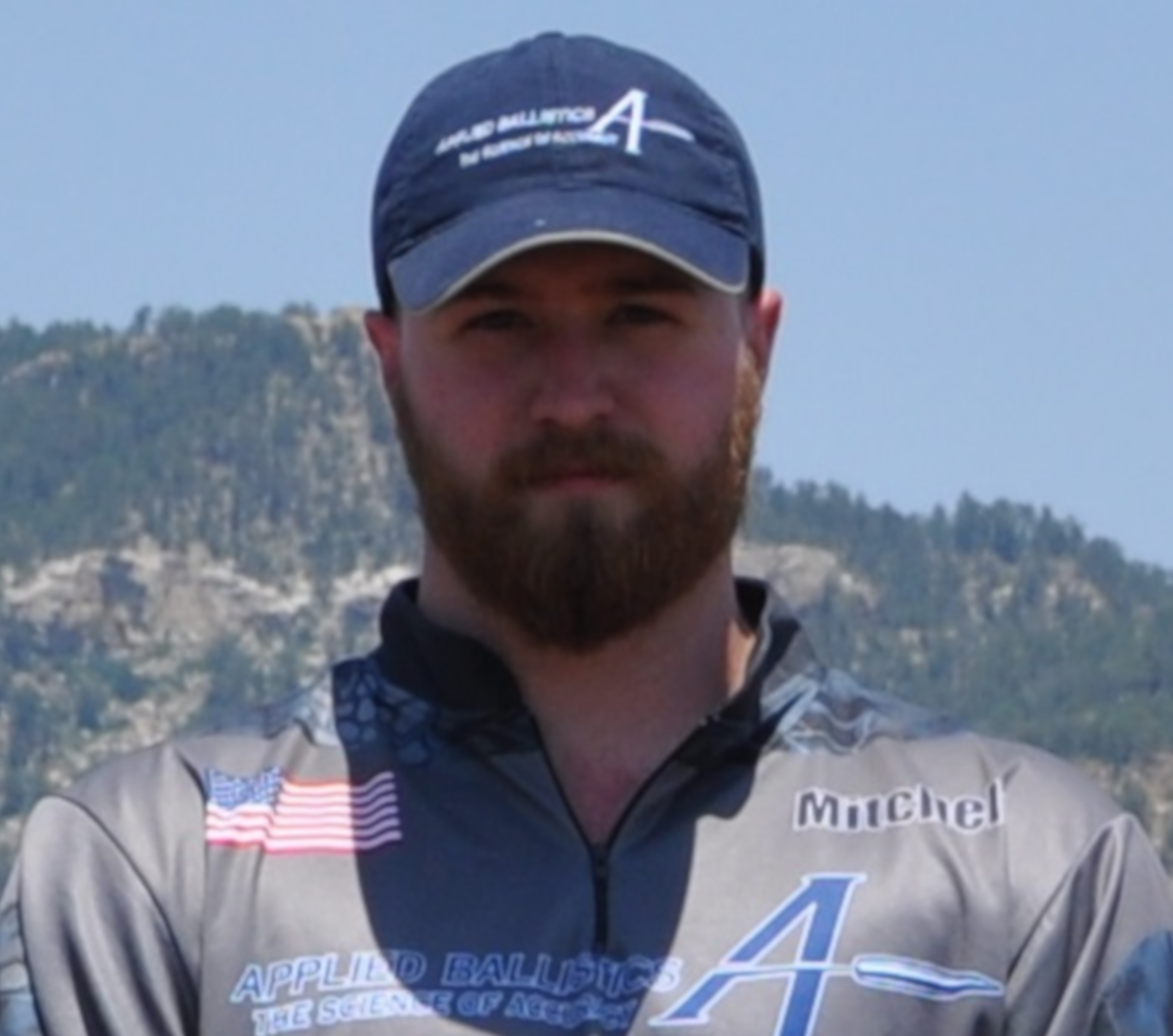 Mitch entered the shooting world in 2013 by entering F-Class Target Rifle competition. He, along with his father, are self-taught gunsmiths that have a passion for precision rifle shooting. Mitch’s shooting accomplishments range from Junior FTR World Champion in 2013, earning a place on the US Rifle Team for the 2017 World Championship cycle, to taking first place at the 2016 King of 2 Miles Extended Long Range shooting competition and taking 1st place in open division at the 2019 Nightforce ELR Match. He joined the Applied Ballistics team in 2014 as an intern and is now a full-time engineer after graduating from Michigan Technological University with a Bachelors of Science, with a major in Mechanical Engineering and minor in Aerospace Engineering

Zach earned his B.S. in Mechanical Engineering from the University of Utah in 2017. He currently works as an in-house engineer designing, executing, and analyzing data from Applied Ballistics experiments and projects. Zach currently serves as a Field Artillery Officer in the Army National Guard and uses relevant experience from his military service with Applied Ballistics. 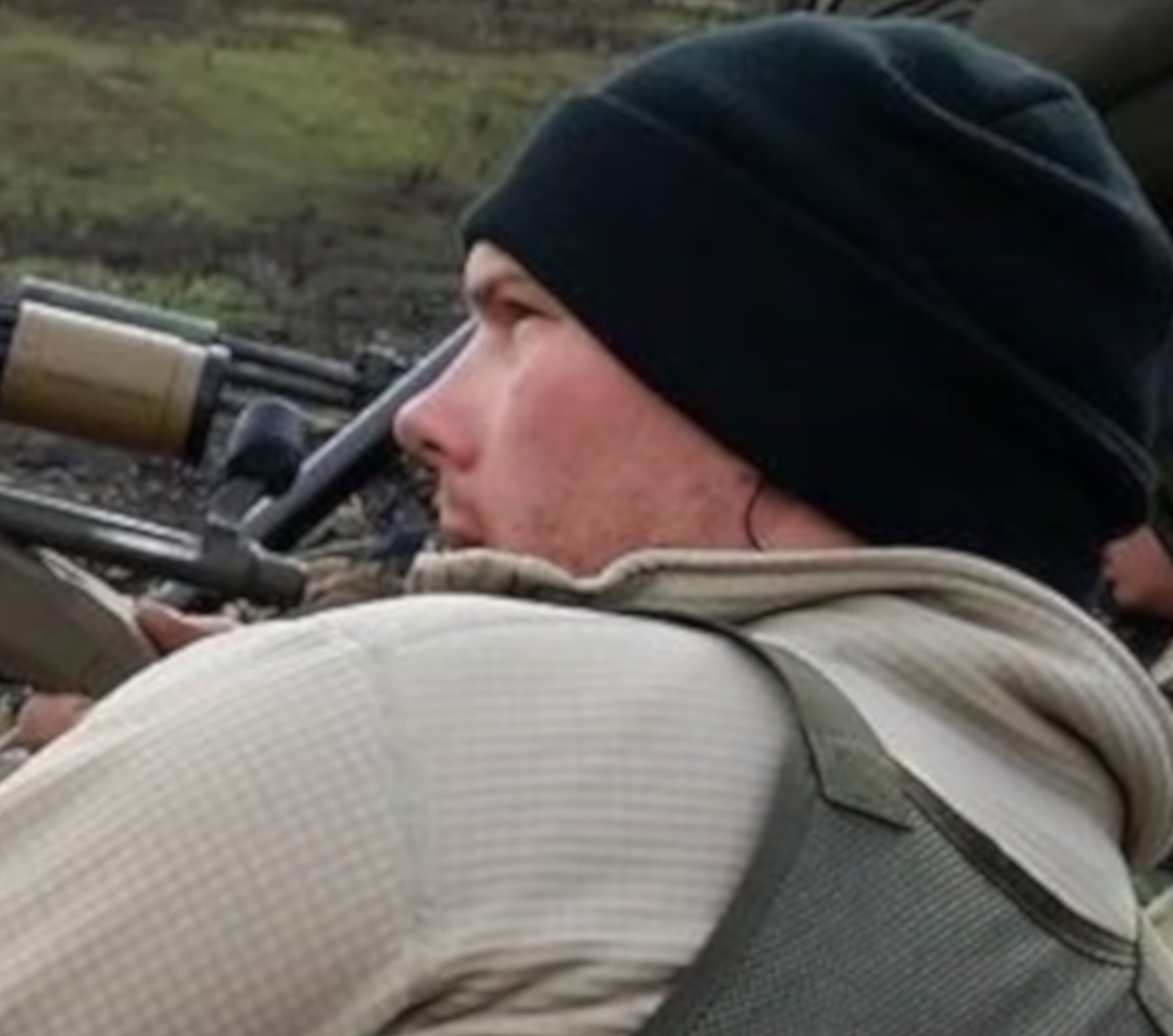 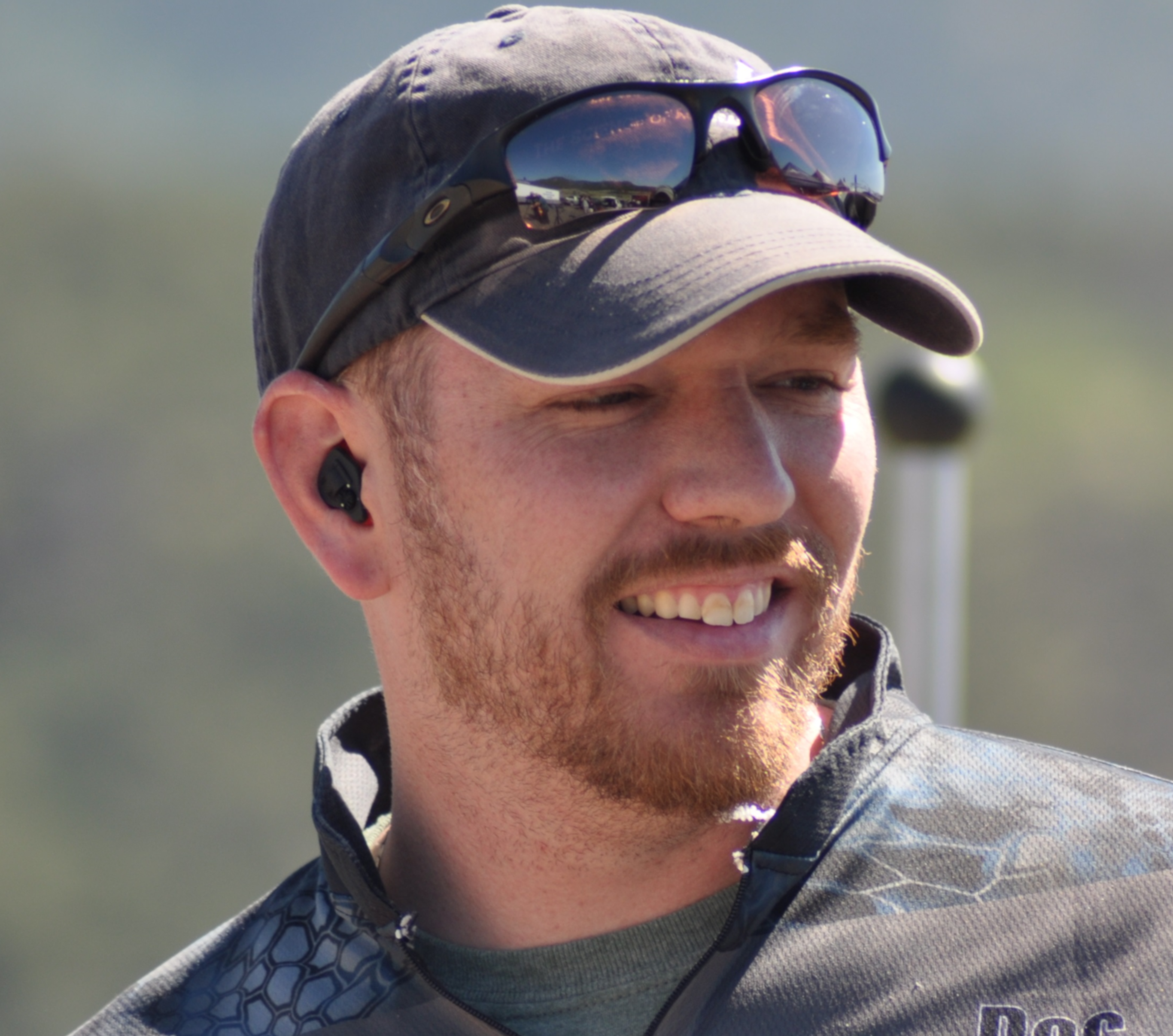 Before joining the Applied Ballistics team, Doc spent over a decade in the military; having served multiple deployments to Iraq as a Corpsman of Marines, and graduated with Honors from both Corps School and the top of his class at Field Medical Service School, earning his Fleet Marine Force Warfare Specialist device in Iraq. Shooting his entire life, and having grown up in East Texas, Doc’s childhood consisted of sports, hunting, and fishing. Doc attended school for Computer Science & Electronics Engineering.

You’ll find Chase where a passion for long-range shooting meets obsession. He began shooting in 2000 and has been competing in long range since 2009. Over the years Chase has placed in and won several PRS matches. He is one of the few members of the 2 mile and 2.5-mile club. Chase is also a passionate LR game hunter, with several successful 1-mile single round engagements. Chase is also an avid family man, enjoying quality time with his wife and son. When he’s not shooting or spending time with his family, he can usually be found smoking a mean cut of steak or tinkering with high power diesel trucks. Reading the wind or estimating distant ranges instead of focusing on work is also another favorite pastime. Chase brings a bulletproof mindset and over 15 years of high value shooting experience. 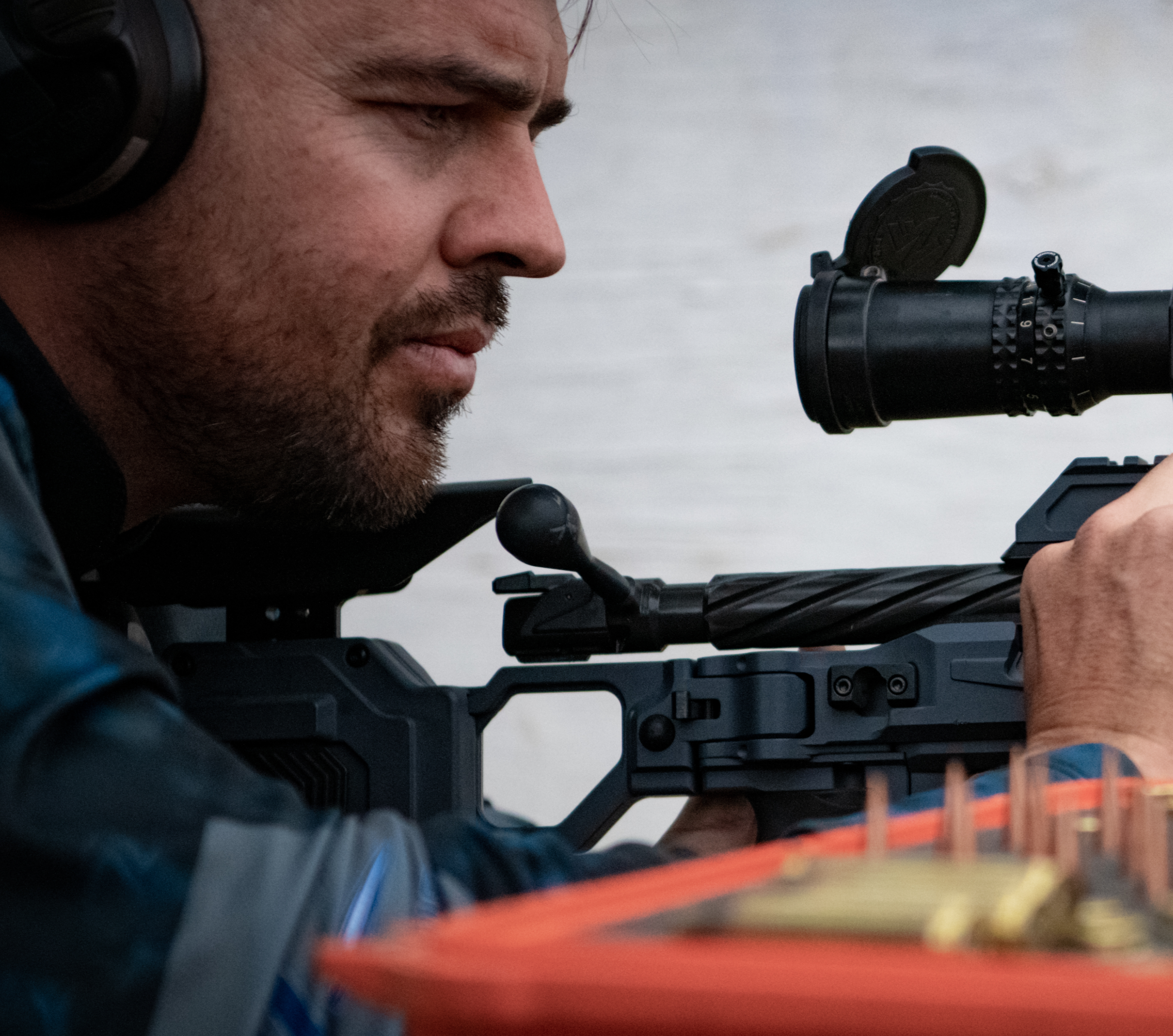 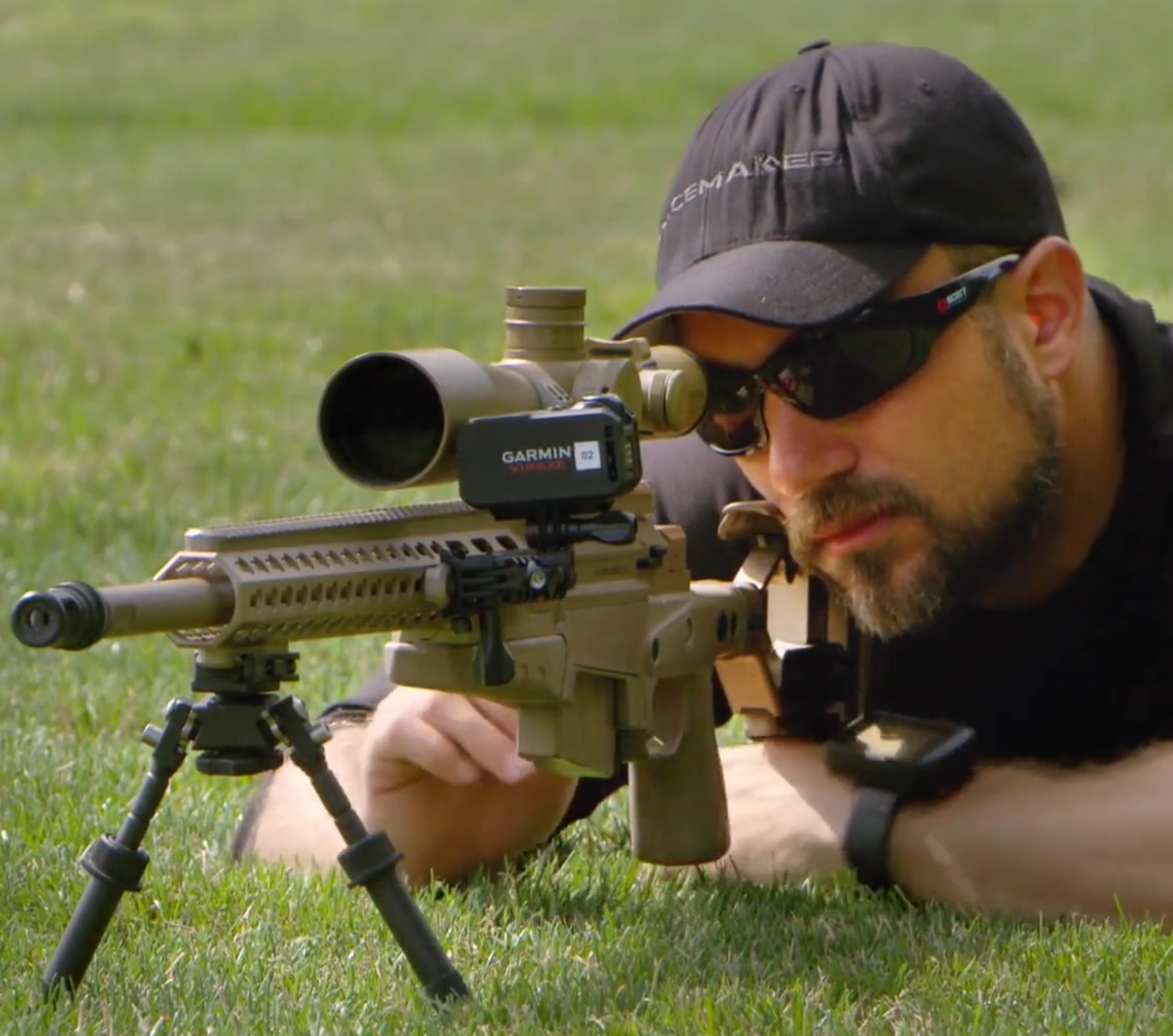 Nick earned his B.S. in Electrical Engineering and B.A. in Computer Science from Bucknell University. For the next 8 years, he worked for Lockheed Martin where he was the engineering program manager and chief engineer for Lockheed Martin’s Precision Engagement Technology Group. Nick was responsible for the developing the system design of the One Shot wind measurement system and is the principal investigator for several wind measurement and ballistics programs within the U.S. government. Nick has partnered with Applied Ballistics and has been responsible for the development and integration of the hardware and software for the Applied Ballistics Kestrel devices, the Rapid Engagement Modules, the Wind Sensor Array systems, as well as the Applied Ballistics Tactical Application (US military only). His specialties include hardware / software Integration, laser beam propagation, and EO/IR sensors systems.

Dan earned a dual B.S. degree in Aeronautical Engineering & Physics from Clarkson University in 2006, followed by a Master of Engineering degree in Aerospace Engineering from Cornell University. From 2007 to 2011, Dan worked several different roles in Lockheed Martin’s Precision Engagement Technology group, including lead test engineer and ballistics expert on the One Shot program, and lead systems engineer on the DInGO digital riflescope program. Dan has continued to support various US government sniper-related programs in an engineering capacity. With Applied Ballistics, he has served as the lead systems and mechanical engineer for AB’s Rapid Engagement Modules and Wind Sensor Array systems, as well as working with Mr. Litz to optimize the WEZ tool for public release. His specialties include ballistics modeling, systems engineering, and CAD modeling & simulation. 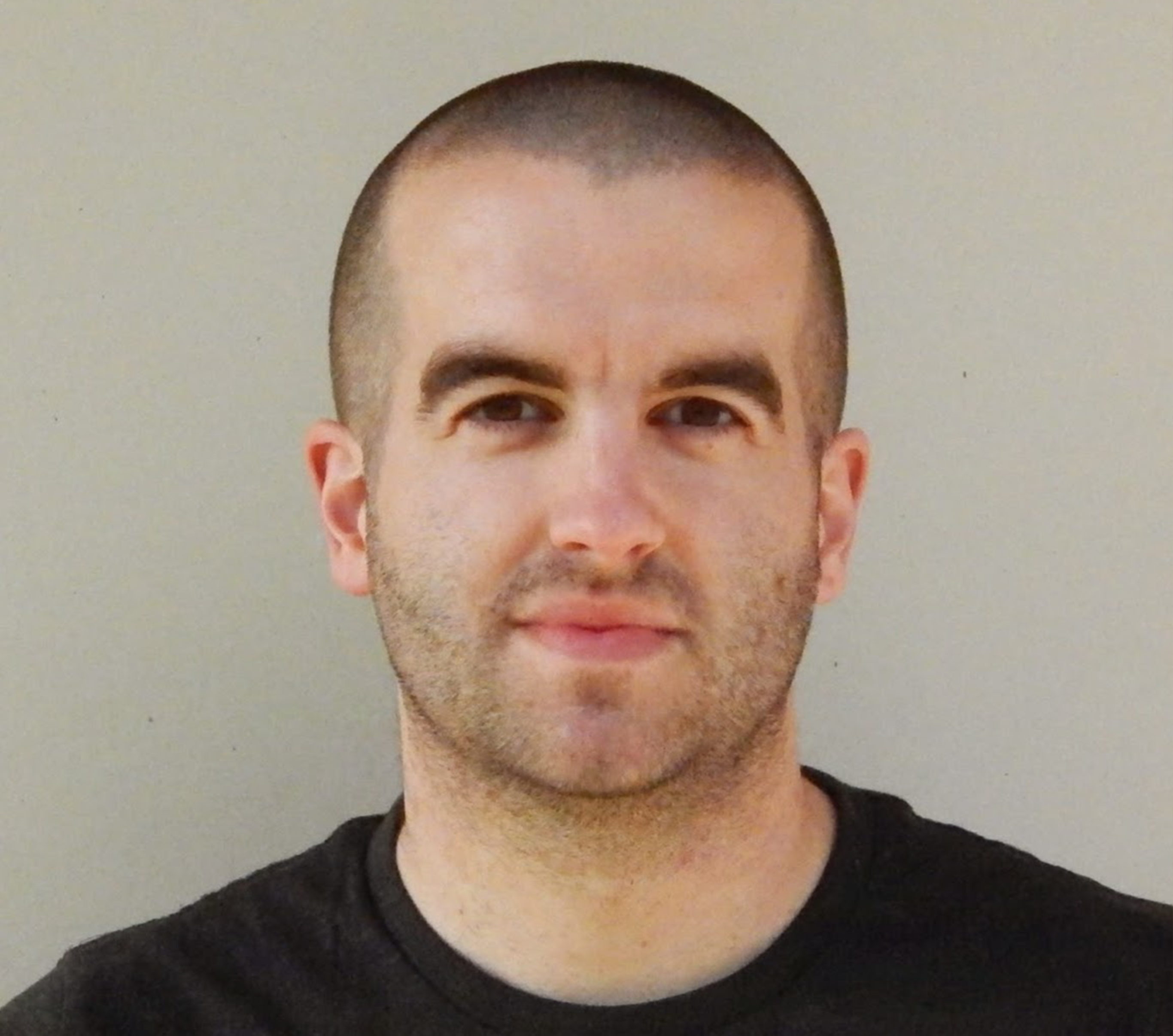 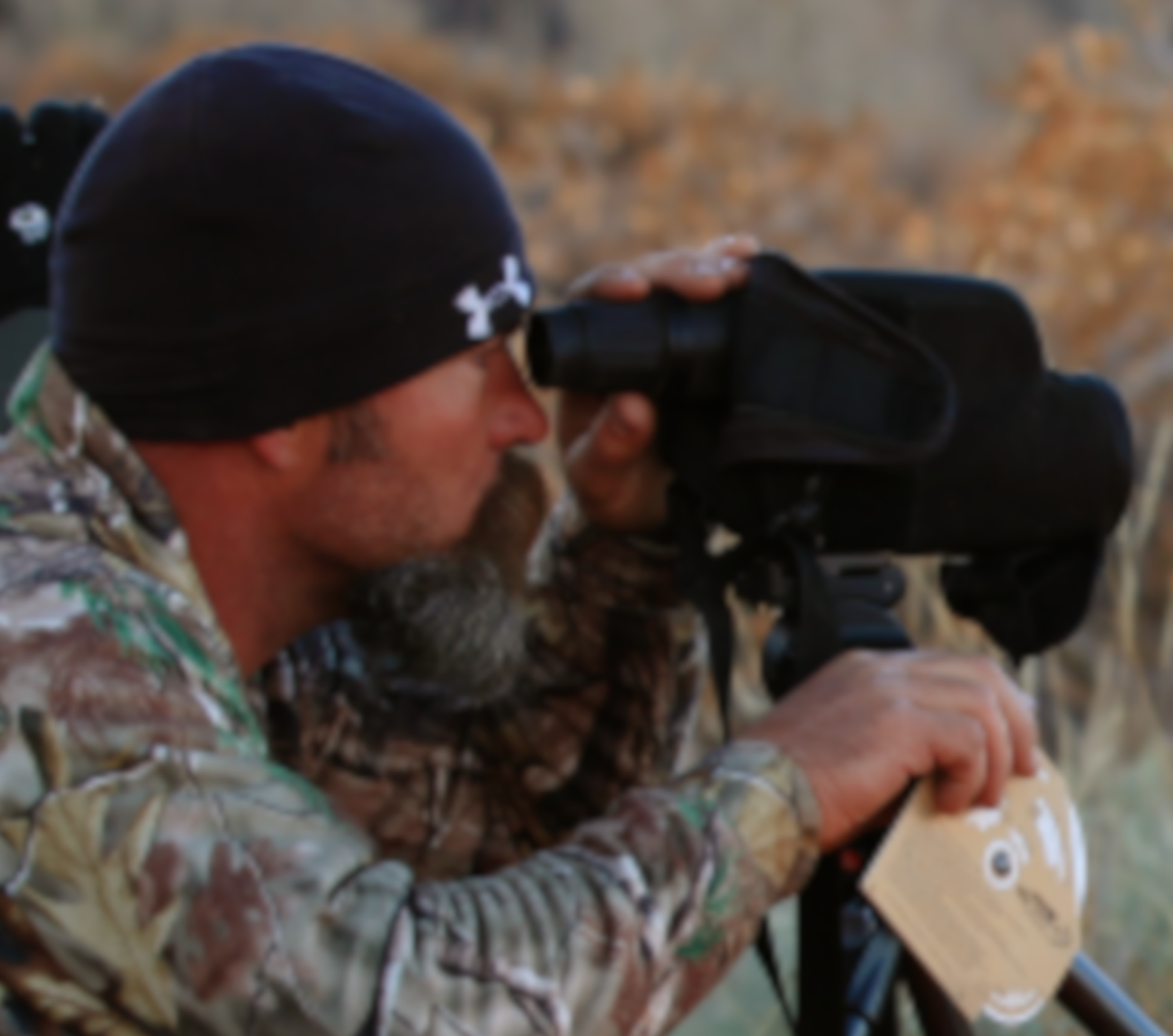 Accuracy 1st provides superior sniper training/techniques to the highest levels of Military snipers. Todd Hodnett, President of Accuracy 1st, is considered one of the most respected and sought after instructors in the entire world. With 20 years experience, Todd has traveled the world training soldiers in the art of precision shooting. His determination, knowledge and vision has provided guidance for products to improve the accuracy and function of the sniper. For this reason Todd Hodnett partnered with Prodigy Group, Inc.